When I was invited to be part of a judging committee for a sake competition in Japan I had no idea about the journey I was about to experience! I had been working as a sake sommelier at a Japanese spa in Stockholm that was due for a major rebuilding work. This gave me the opportunity to take a prolonged holiday in Japan. Thus extending the sake competition to a 9-weeks trip seemed quite sensible to me.

I boarded my plane to Tokyo with a plan. My plan was to:

(b) learn about Japanese hospitality and customer services Omotenashi おもてなし

(c) take some time to figure out my own existence.

Although I did not come close to figuring out the latter, this journey turned out to be much more than I had initially anticipated.

I arrived in Tokyo on a hot summer day in July. Super excited about this day I forgot to mentally prepare myself for the summer heat. And it was hot!

My first day in Japan I just could not leave my cool air conditioned hotel room. It took me a couple of hours to realise what a spoiled brat I was being! Hunger got the better of me so I got up and decided to find a restaurant. The hotel receptionist gave me some suggestions for a nice local restaurant. I headed off to Matsuya and had a (not so) magical dinning experience in one the cheapest restaurant chains in Japan. 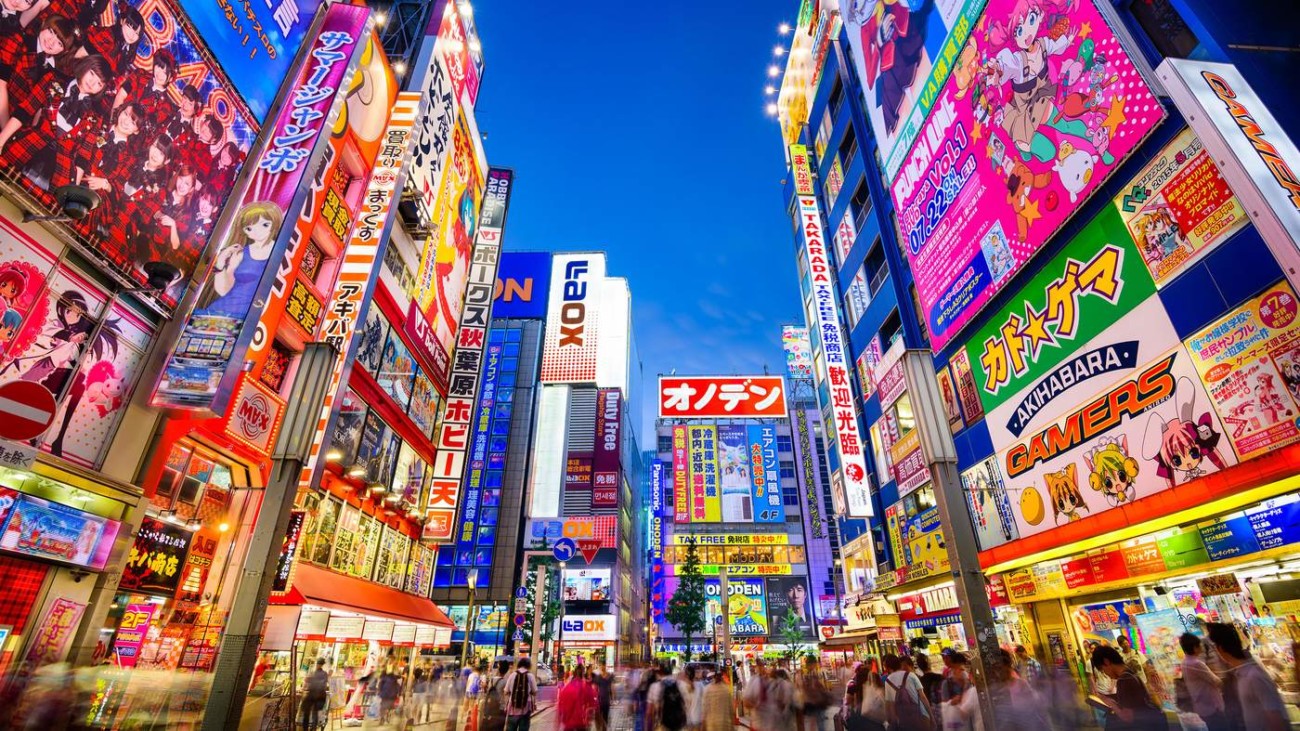 My research skills gradually improved throughout my trip and I was also very fortunate with recommendations for restaurants by local residents. Food in Japan is incomparable and in my experience it was unprecedented. I truly appreciated what I ate and was impressed by the flavours and the quality of the food.

A friend of mine, who used to live in Japan, once gave me this advice. She said: “Do not be afraid to enter a restaurant in Japan, if you see a noren – a fabric divider hung on the doorway, and a tanuki statue – a raccoon dog statue”. So just go for it – that is where the locals go. There is a chance you will be asked to leave if you do not speak a common language or if the restaurant is full, but most of the times you will not regret it. 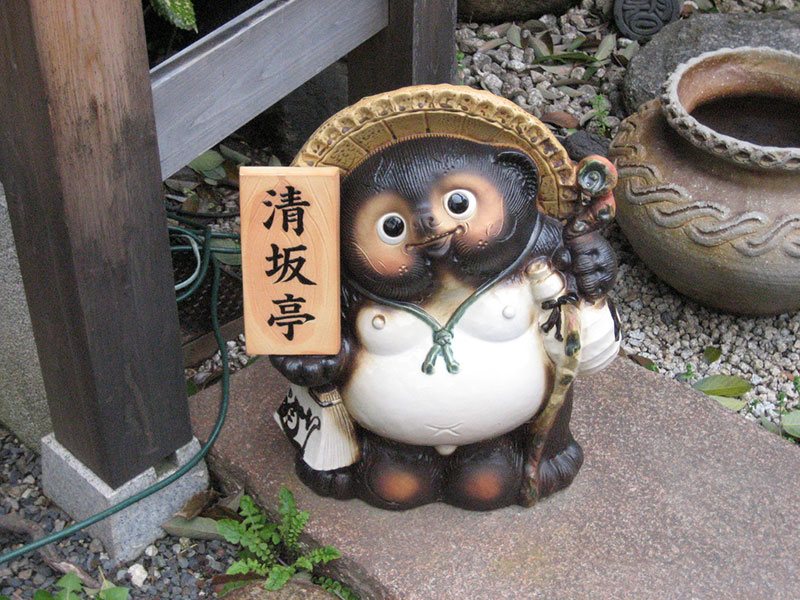 If you do not speak Japanese, be aware that communication can and will be a barrier at some point. Therefore, get acquainted with a translation application. Most restaurants have a menu displayed outside so I used to scan the menu using Google Translate. So I had screenshots of what I wanted to order ready to present to the restaurant staff. I also had some pre-translated sentences saved on my mobile, such as: “I was recommended your restaurant by a regular customer, could you please recommend me your most popular dishes?”. It worked most of the times and I had some of the best dinning experiences in Japan that way.

Be familiar with the different types of restaurants in Japan and their etiquettes – it is crucial in order to avoid gaffes. For instance, if you go to an Izakaya restaurant, which is essentially a gastro pub, you are expected to order a few dishes per person and drinks. The same if you go to a Yakitori restaurant.

In a ramen shop, which is a fast food restaurant, you eat and slurp in a timely manner and exit. It is not a place to hangout. Or if you want to try a Shabu-shabu restaurant, learn how to use the hotpot dish so you can get the most out of your experience.

Here are my top three favourite restaurants in Japan:

1. Oreryu Shio-ramen, Shibuya – if you are craving for a good ramen, this is your place! Operated by a vending machine ordering system, the restaurant has plenty of options for all types of eaters. Their Shio-ramen (salt ramen) and pan-fried gyoza dumplings are highly recommended. 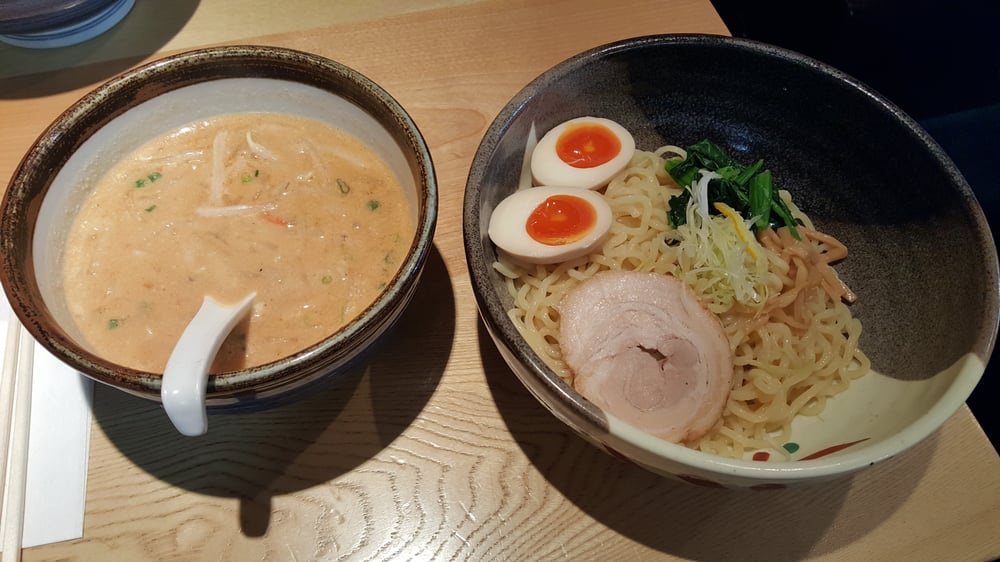 2. Femme de Bateau Aoki, Kamakura – located 2 minutes walk from Kamakura Station, this small restaurant specializes in seafood and has a great variety of Japanese sake. Ran by Sonoko Aoki, a talented chef and fisherman, the restaurant serves fresh catch of the day – which Sonoko-san fishes herself in the morning. I recommend the  salad with raw scallops and sea urchins and the grilled scallops. 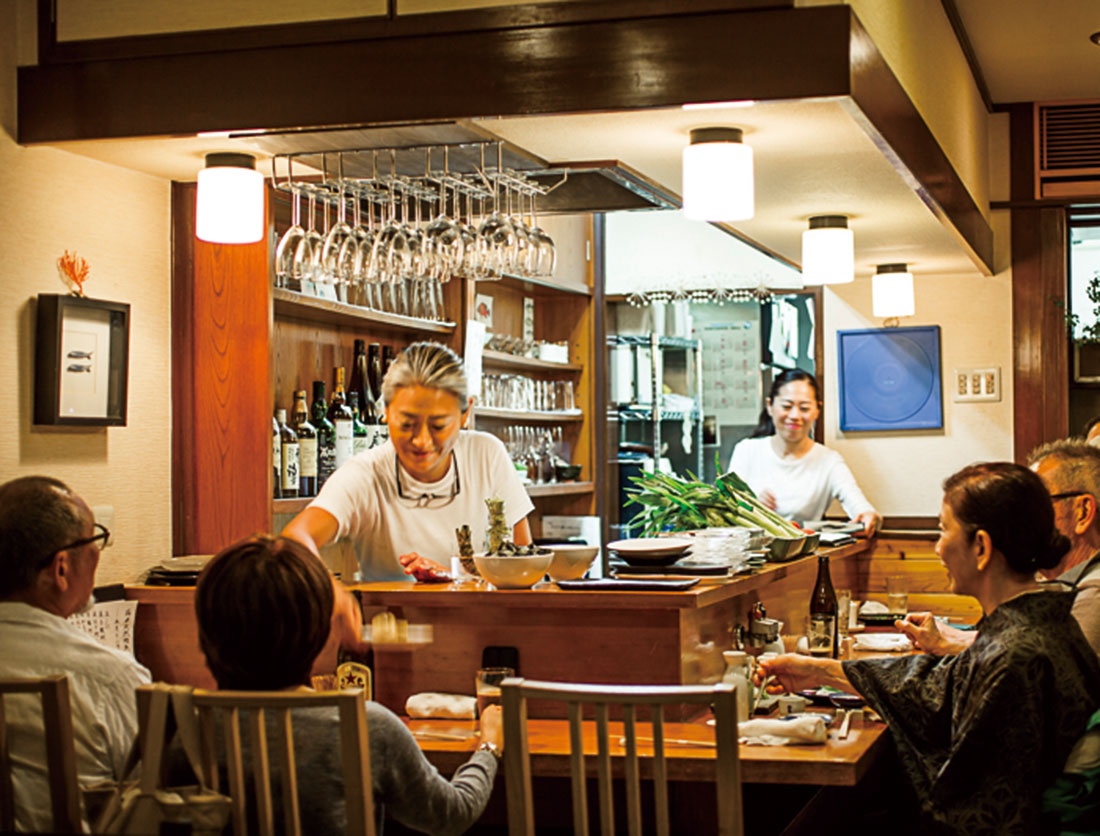 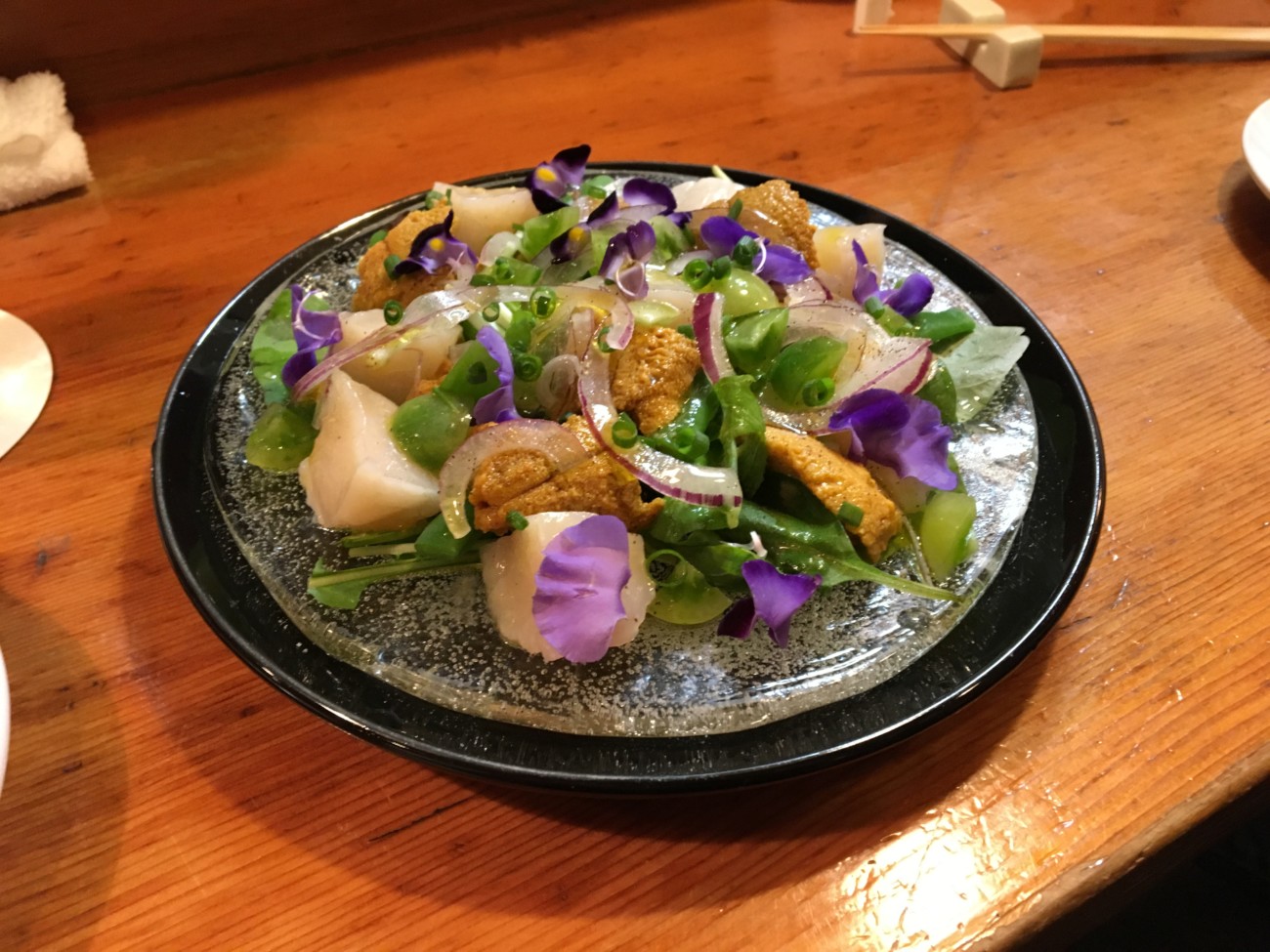 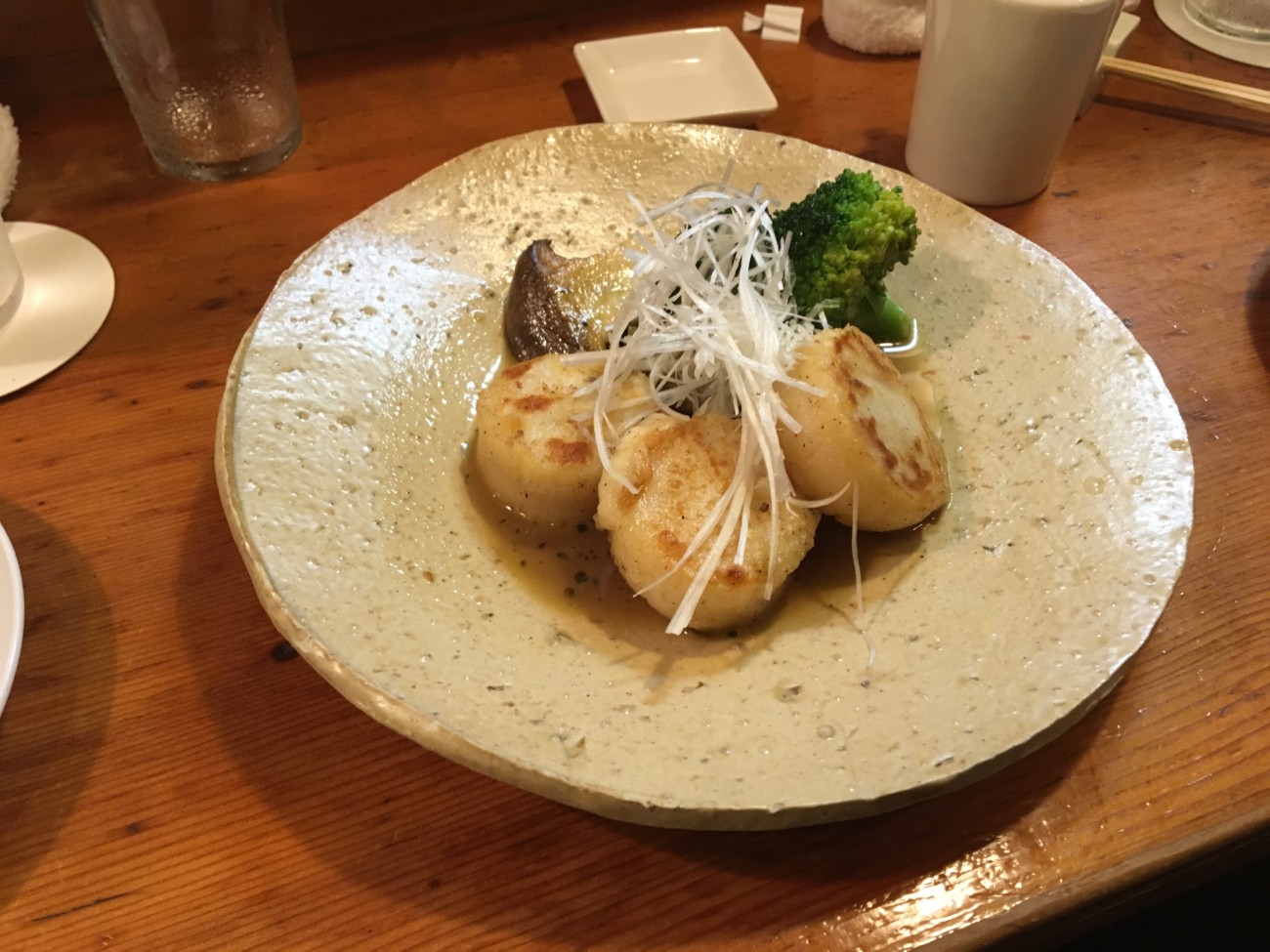 3. Gem by Moto, Ebisu – this counter izakaya restaurant, headed by Marie Chiba, is a heaven for sake lovers and offers the boldest food and sake pairings I have ever experienced. Order their recommended food and beverage course so you can get the most out this experience. 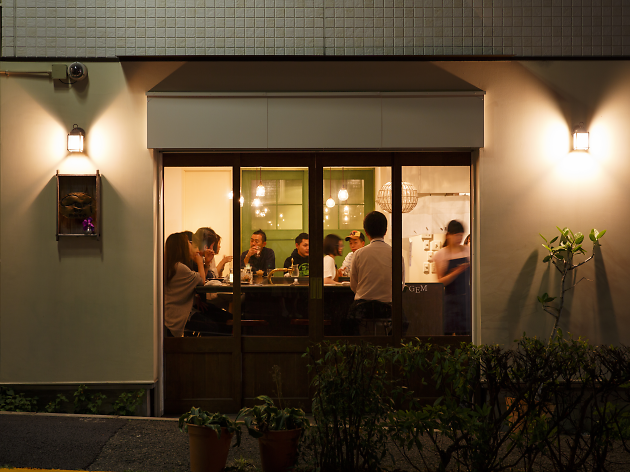 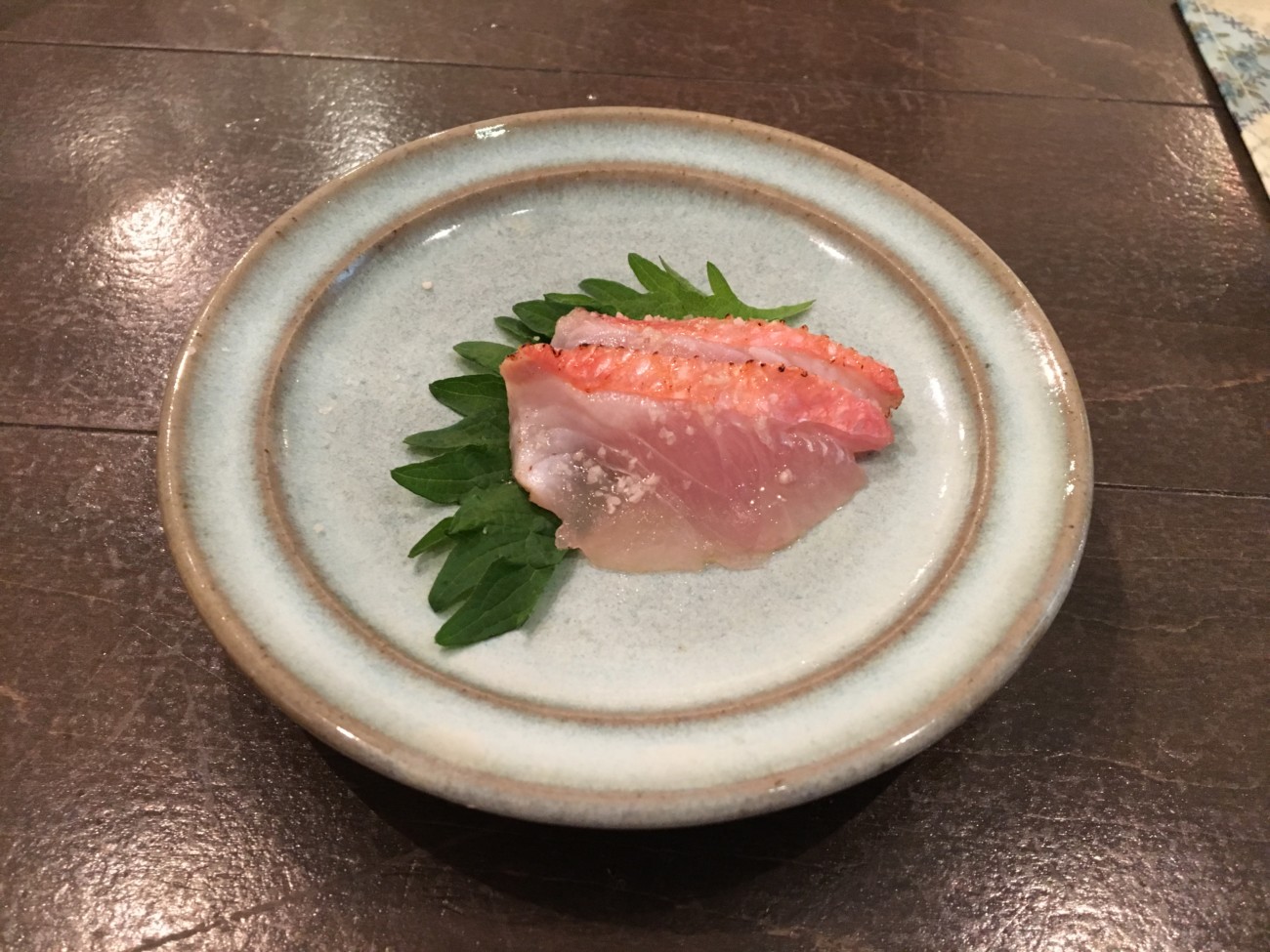 In Japan, it’s common to say itadakimasu (いただきます） before eating a meal. Itadakimasu means “I humbly receive”. It is often compared to the Christian tradition of saying grace before a meal.

During my trip in Japan, I visited 24 prefectures and met hundreds of wonderful people. I was often intrigued by how respectful and generous they were. And I wondered – what made them this way?

I will never forget my first visit to Kamakura. It was actually my fourth day in Japan, straight after the sake competition in Tokyo. And I guess I still had all these preconceived notions about Japanese people and culture, so it was quite overwhelming to get to know people which were so warm and giving.

These people became my friends and their generosity had no end. They compromised their busy schedules to show me around, got out of their way to be able to take me to a restaurant or to join me at a pottery class.

They also taught me the basics about the Japanese Zen tradition. A tradition which was introduced as a separated Buddhism school in Japan during the Kamakura period. 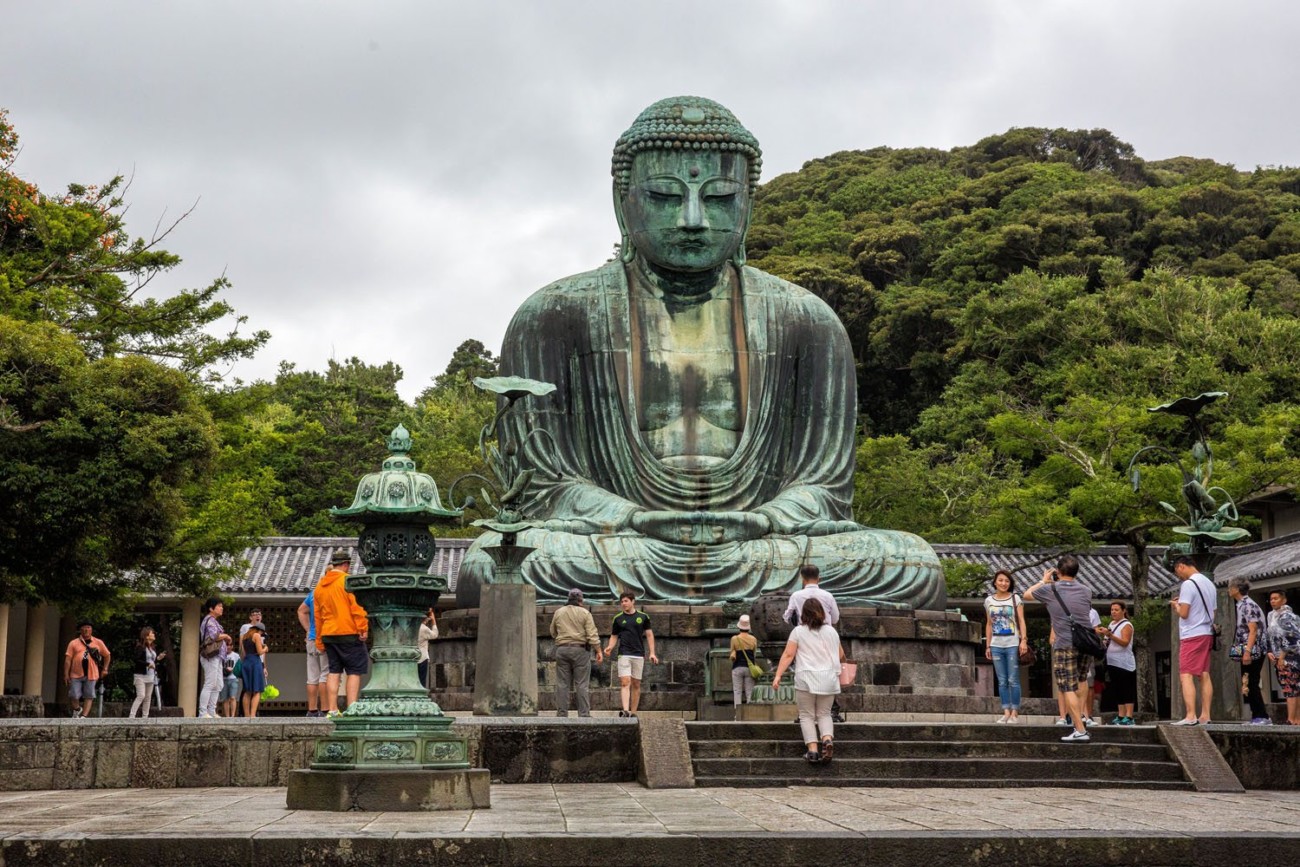 It does not take long to recognise the influence of Buddhism and Shintoism in the daily lives of the japanese. Sumo-wrestling, flower arrangements (ikebana), avoiding to say unkind things, removing the shoes before entering a building, poetry (haiku) – these are all traditions inherited from religious values in Japan. And even though most people in Japan are not religious, they practice these values everyday. 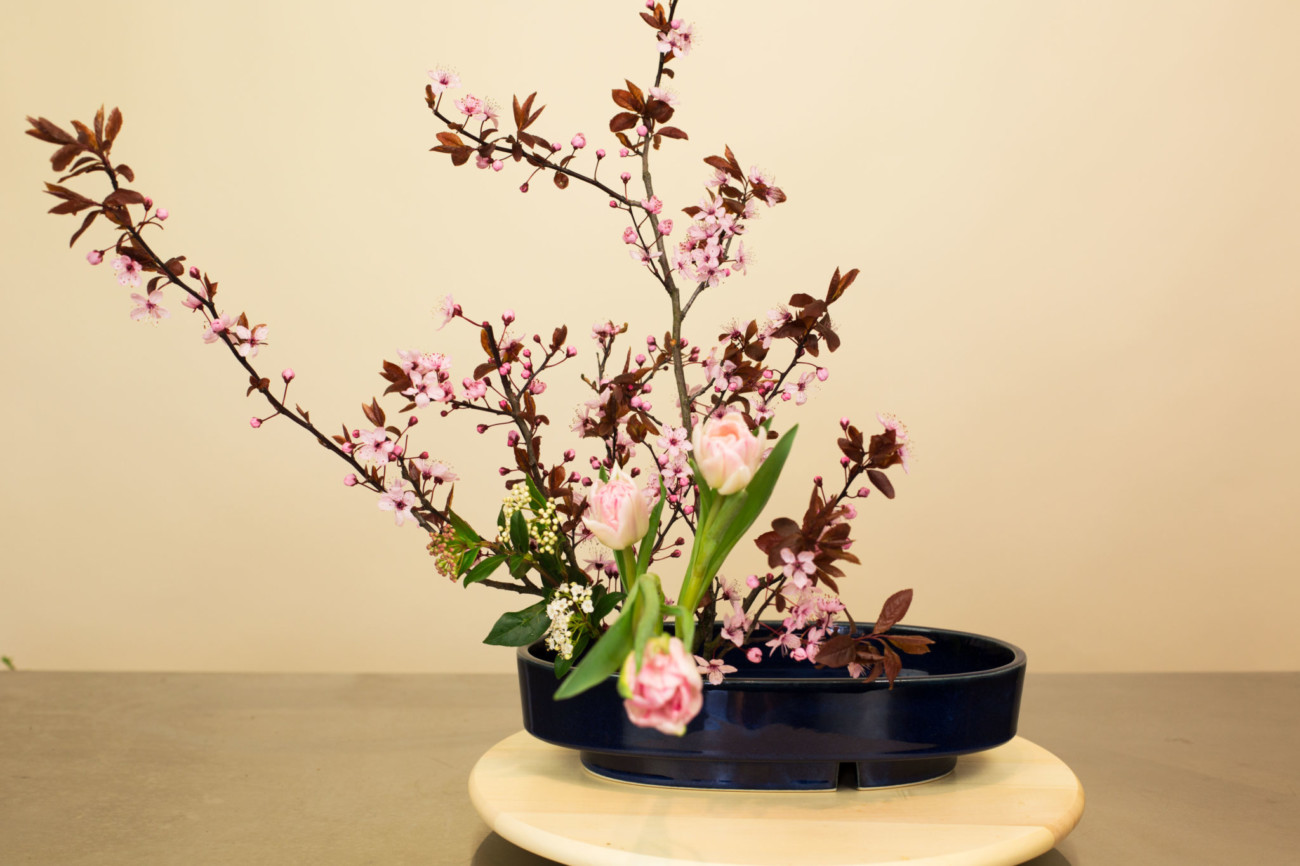 My now too short trip to Japan was only the start of this discovery and I realize I am still in a learning phase. But if I can give you any advice for your next trip to Japan it is the following: observe the way they live their lives and breath in. Reflect upon the ways you live your life and breath out. And do not do that for the sake of comparison, instead do it as an awakening.

Love is the least expected from a non-romantic person like myself. But let me tell you my story. While visiting Kyoto, my friend Eiko took me to Kiyomizu-dera temple one of the most famous temples in the area and now my favourite. The site covers a large area and within this area Jishu Shrine is located.  Dedicated to the deity of love and matchmaking, the love shrine is always crowded with many couples and especially young girls praying for luck in love.

So there we were!

My friend told me to walk with my eyes closed between two love stones and if I managed to do it, my love wish would be granted.

Plenty of tourists walked around the stones but I did it anyway. I did not want to disappoint my friend. Somehow I walked freely among the crowd and reached the other stone. Task accomplished, I did not put too much thought into it and I continued my travels around Japan. 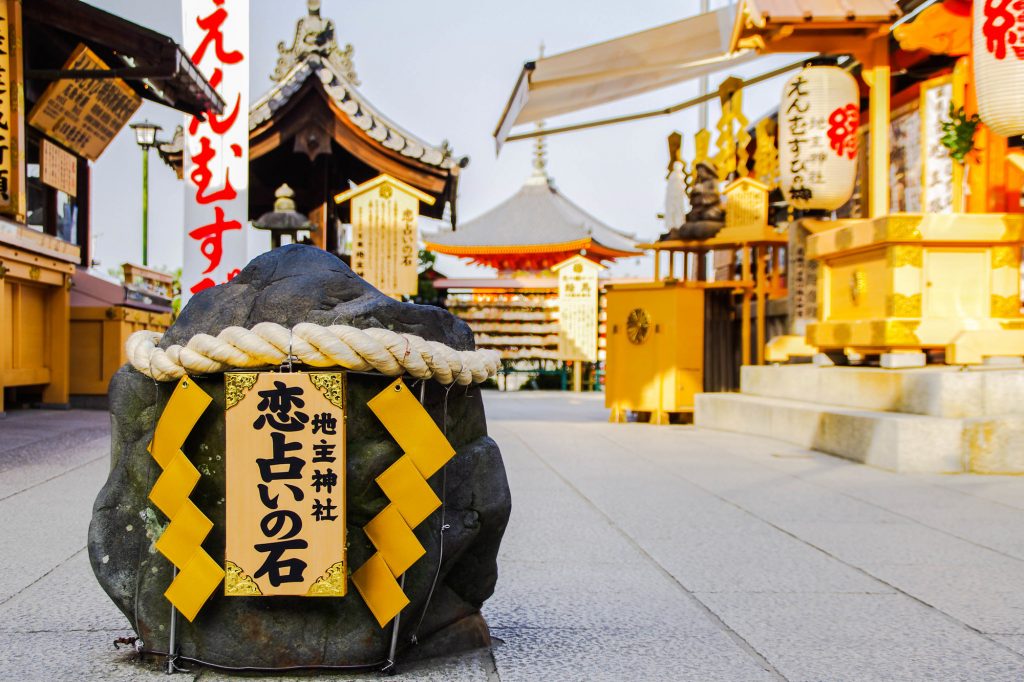 I had scheduled to spend my last three weeks in Tokyo. I arrived back in Tokyo in September and receive a message from a guy I had briefly chatted in July. We could not meet at the time because I was busy with the sake competition and he was busy with work. I told him I would be back in town in six weeks and if he were still interested, we could meet for a drink. I never forgot this arrangement and I was so surprised he did not forget it either.

Teru and I spent the next three weeks together and I collected the best memories of my trip to Japan with him. Since I am not very superstitious, I did not make an immediate connection between the love stones in Kyoto and finding love in Tokyo. It was not until I returned to Stockholm and saw the picture of the very same stone at work that I realised that my wish had been unexpectedly granted!

I am so grateful now for all my experiences in Japan and am preparing for my next visit. Japan is a magical place! 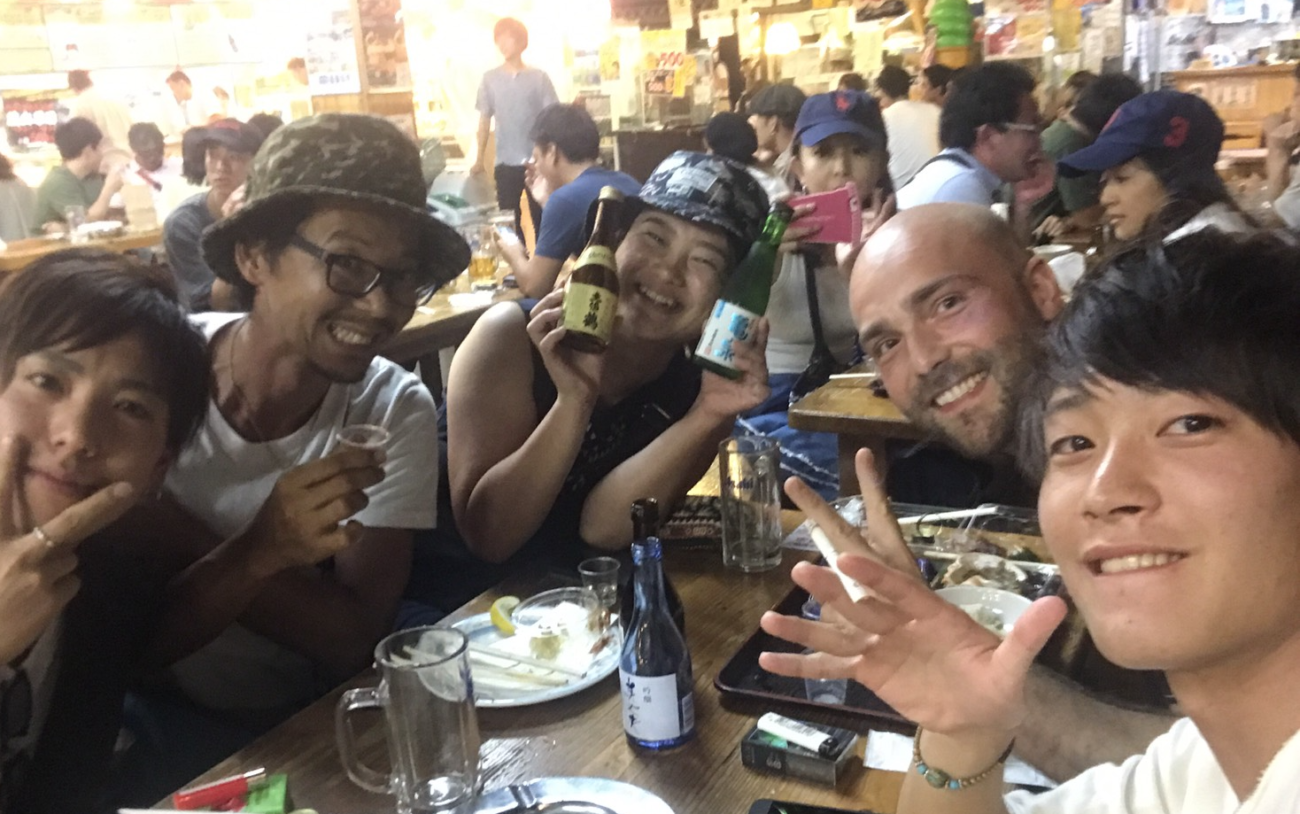 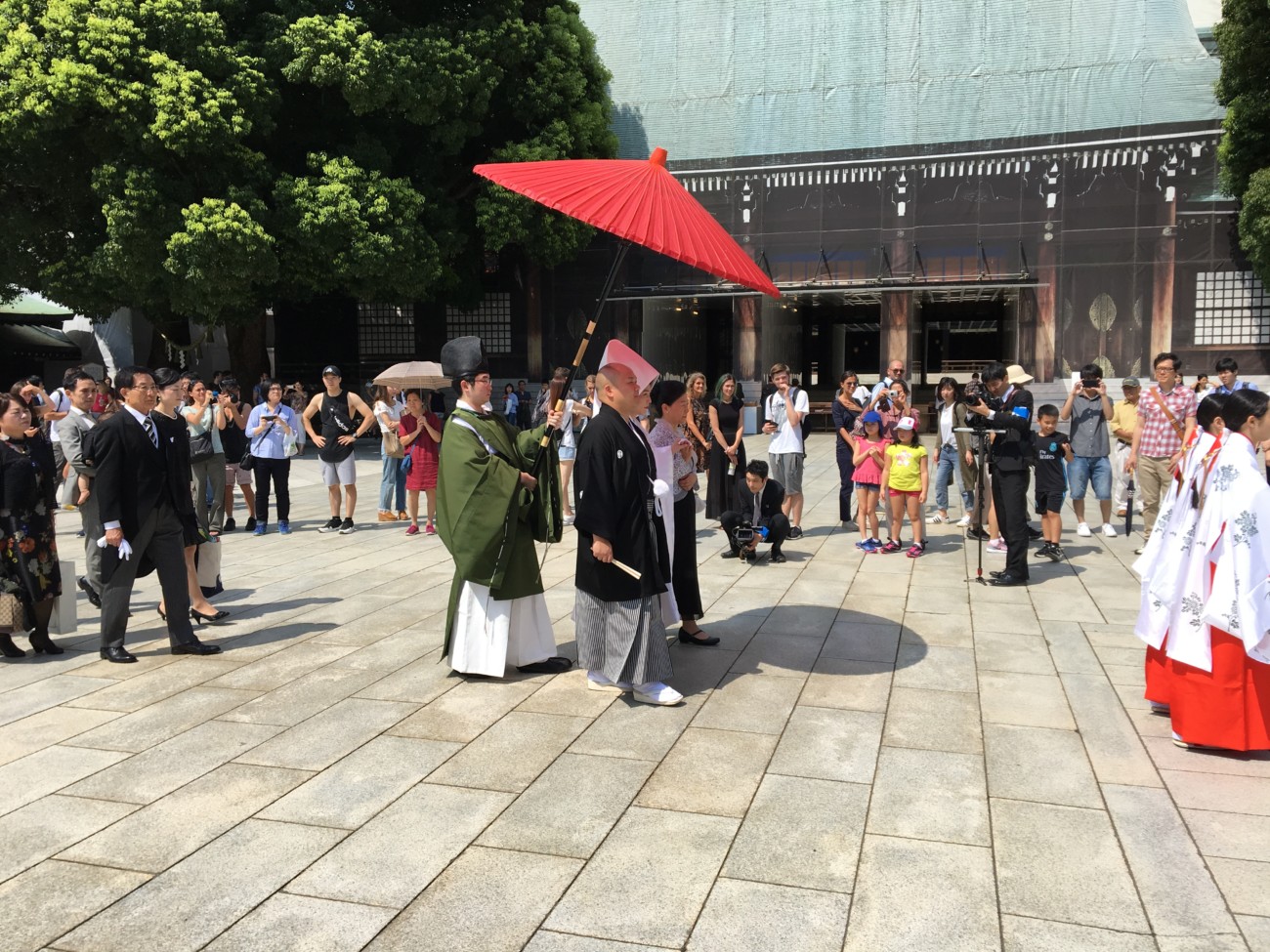 Marcelo is a Brazilian finance guy turned sake sommelier. He is currently based in Stockholm and running a sake bar at Yasuragi spa.

Easter is around the corner. I always start dreaming about traveling to Southern Europe at this time of the year.