Italy is always a good idea, I say. Although I am in love with beautiful France and live in Paris, Italy has a big piece of my heart as well. The six years I spent there, taught me how to live, behave with sophistication and appreciate the Italian country with its cuisine, history, art and culture.

This summer I decided to spend a quiet month traveling around Italy with my friend Michael. We rented a car from Rome and travelled to Anzio – a small city in the region of Latium one hour drive from Rome. We drove on the picturesque seaside so the summer views were more than exciting even though the weather was cloudy but still quite hot for the beginning of July. Every view was so well known to me and the memories were already running in my head. 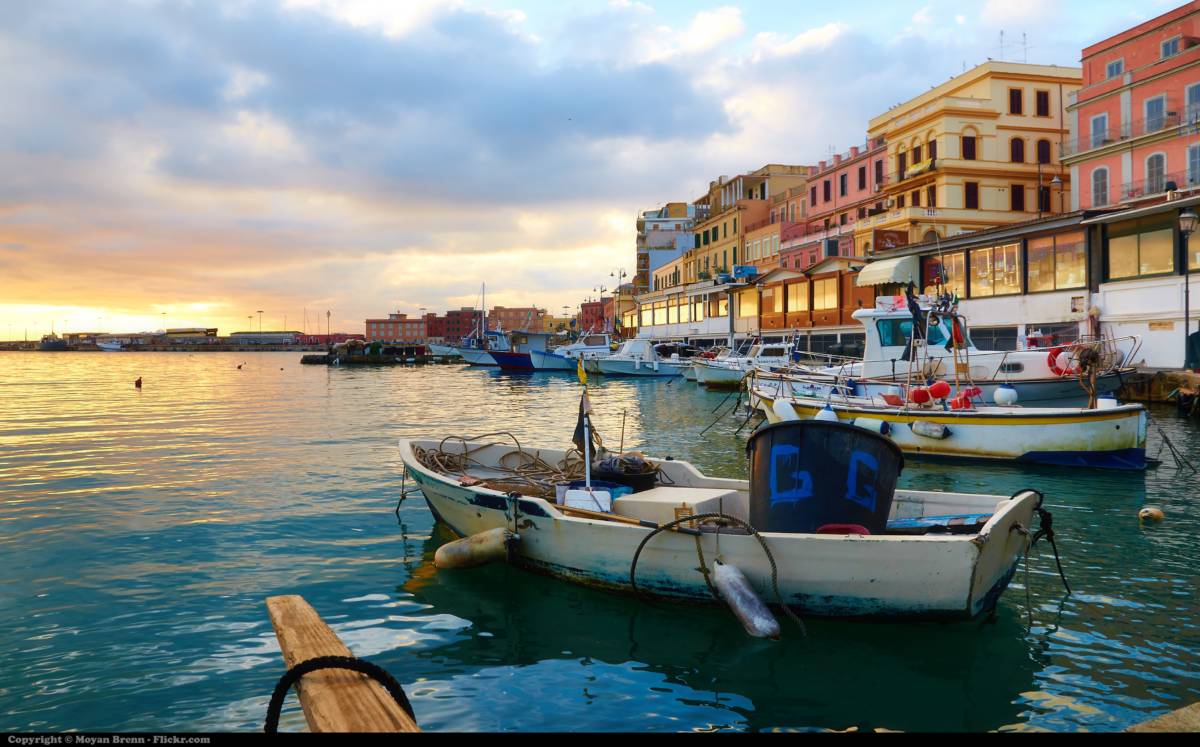 When we arrived in Anzio, we met the owner of the apartment that we rented – Alessandro. He looked like a seasoned seaman, with a white beard and a big smile.

Surprisingly, we were the very first renters after a huge restoration of that apartment. It was situated on the main seaside street close to most of the seafood restaurants. The apartment was on the last floor, all in whitewash, with many sea and sailor decorations. The living room was so big that it gave me an idea to throw a party with at least 20 persons! The apartment had two bedrooms and two bathrooms but that was not all! Just above the kitchen, there was a wide spiral stairway leading to the top of the apartment – a huge 360 degrees terrace with a big table surrounded by white couches with fluffy cushions!

The apartment was more than a fancy crib. It was love at first sight – I swear I could live in that place for the rest of my life! There was also a summer shower, loved it!

In Anzio, people come mostly for day trips but if you would like to stay the night, there are several hotels and B&Bs in town to choose from. We picked this one and were very happy. 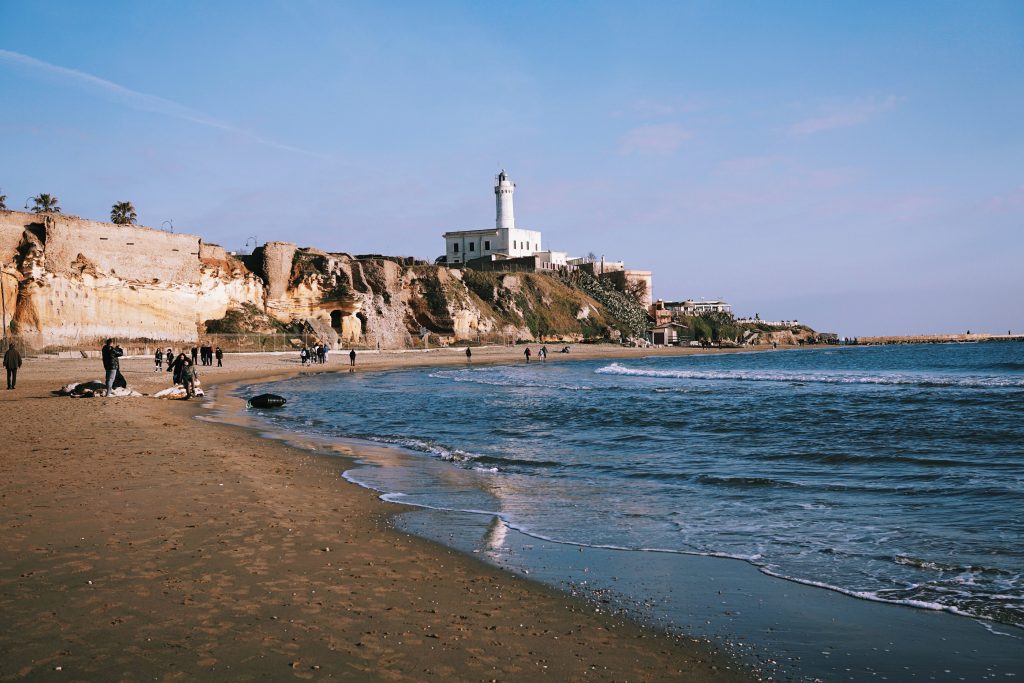 At dinner time Michael and I went out for a walk. Anzio is a big easy city so the streets were full with people having their evening walk before dinner.

The restaurants on the boardwalk near the main road – Riviera Vittorio Mallozzi, were pretty busy but we found a table for two at the terrace in a cozy restaurant not far from our apartment – La Nostra Paranza. The smell was delicious so after looking at the menu, I was quite confused what I would like for dinner. I could order the whole menu – it was full with nothing but my favorite seafood dishes! The owner of the restaurant greeted us and asked us if everything is ok. My answer was “couldn’t be better”. Then he explained to us that the restaurant has its own fish boat and everyday it arrives with fresh fish catch! The menu is changing each day because of the fish catch. I found that very original and at the same time different from the other restaurants. 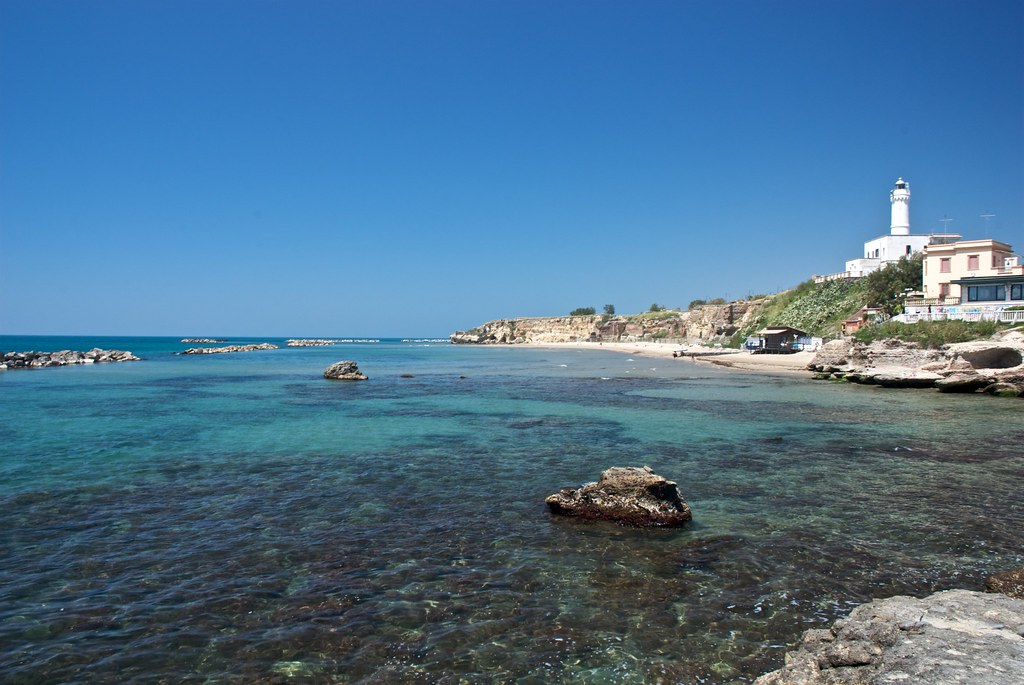 My heart though was stolen by the oldest restaurant in Anzio – Turcotto (The Turk), which we visited the second evening. The restaurant has been around for 200 years and its fourth generation runs it nowadays – the owner Enrico Garzia with his daughters Maria and Patrizia Garzia. Although during the years, many famous movie actors have visited this unique place, the most famous are Elizabeth Taylor and Richard Burton. They came often here during the shoot of the movie “Cleopatra”, realeased in 1963 – her most iconic character. It was surprising to see the newspaper article with her pictures showing the Queen of the Nile enjoying her meals with her closest cast members! 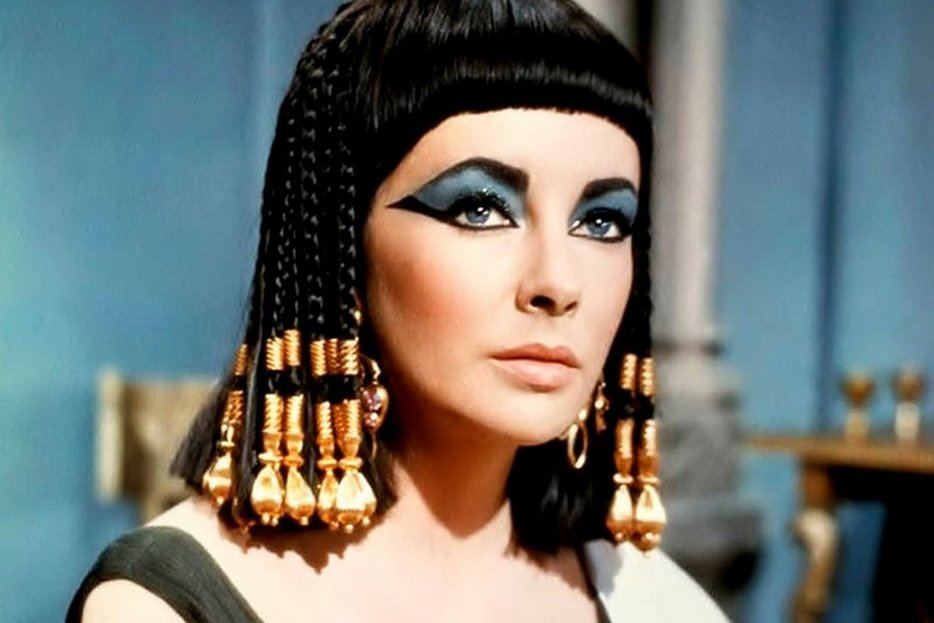 The restaurant is located in the most beautiful corner of Anzio, with its view overlooking the sea between the ancient remains of the old Roman port and the summer residence of the Emperor Nero. To this breathtaking view has been added as well the gardens below, the statue of Nero – who was born in Anzio. 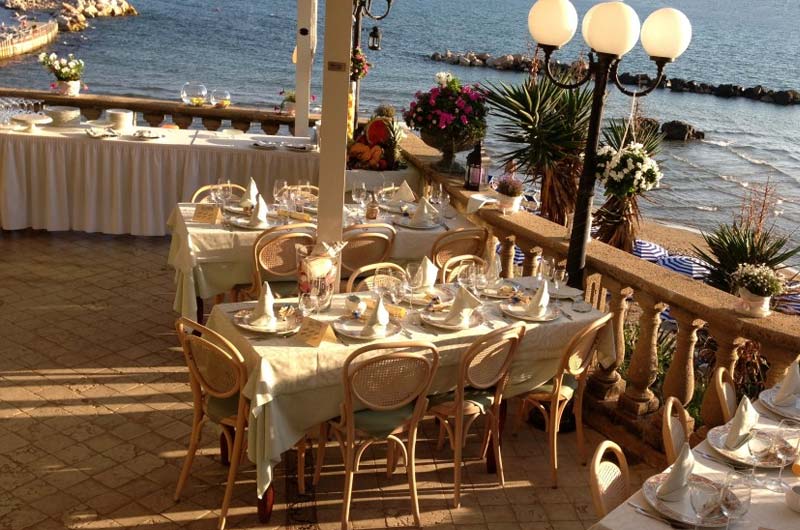 I have been in many high end restaurants in Italy but especially at the Turcotto the menu is pretty elegant, varied and includes mainly homemade products. Reading the menu, suddenly I want to order all of it, but with the help of my good friend and partner in crime, Boryana, who has been working there for many years, the choice isn’t that hard.

I highly recommend the tasting menu – each plate is based on freshly caught fish – many pâtés from anchovies and sardines, some typical from the roman cuisine “suppli” which is rice croquettes with a heart of mozzarella and sprats deeply fried with crispy and crunchy crust, several pickled mini octopuses, fried crispy squash blossoms with a heart of sardines and mozzarella, elegantly arranged fish caviar on canapé of a fresh lettuce leaf. Combined with a good bottle of  white wine of course – “Spera” from “Sedura” winery has a very fresh and delicate taste from the Sardinian sandy soils. 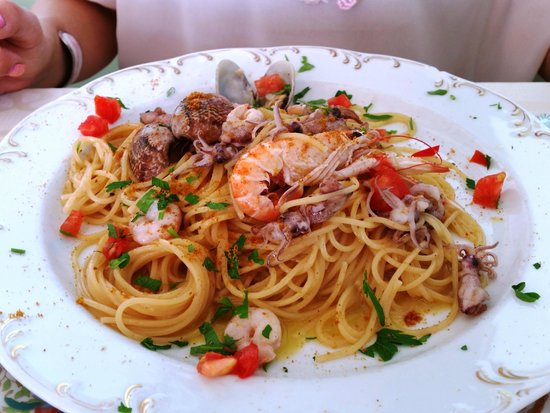 Apart from the beaches and lovely restaurants you can check out the statue of Nero, his ancient villa or the medieval tower Tor Caldara. Anzio is also the place of a famous WWII battle so if you interested in history there is some war cemeteries to visit.

Nero – the last Roman emperor of the Julio-Clauidan dynasty

Modern-day Anzio occupies a portion of the ancient Roman territory called Antium. Nero was born in Antium. Several wealthy Romans built vacation style villas along Antium’s shore line, the most famous of which was the Villa of Nero, spread over nearly one-half mile of seafront property.

Do check out Nero’s statue. Robert Draper, an American journalist, wrote about it for the National Geographic : “In all of the former empire, there is one locale that has elected to celebrate Nero: Anzio, the famed beachhead for American troops in World War II. This is where Nero was born and where he kept another villa—now mostly underwater, though numerous artifacts from the complex are housed at the local museum. In 2009 Anzio’s new mayor, Luciano Bruschini, declared his intentions to commission a statue of the town’s infamous native son. The statue was unveiled in 2010…” 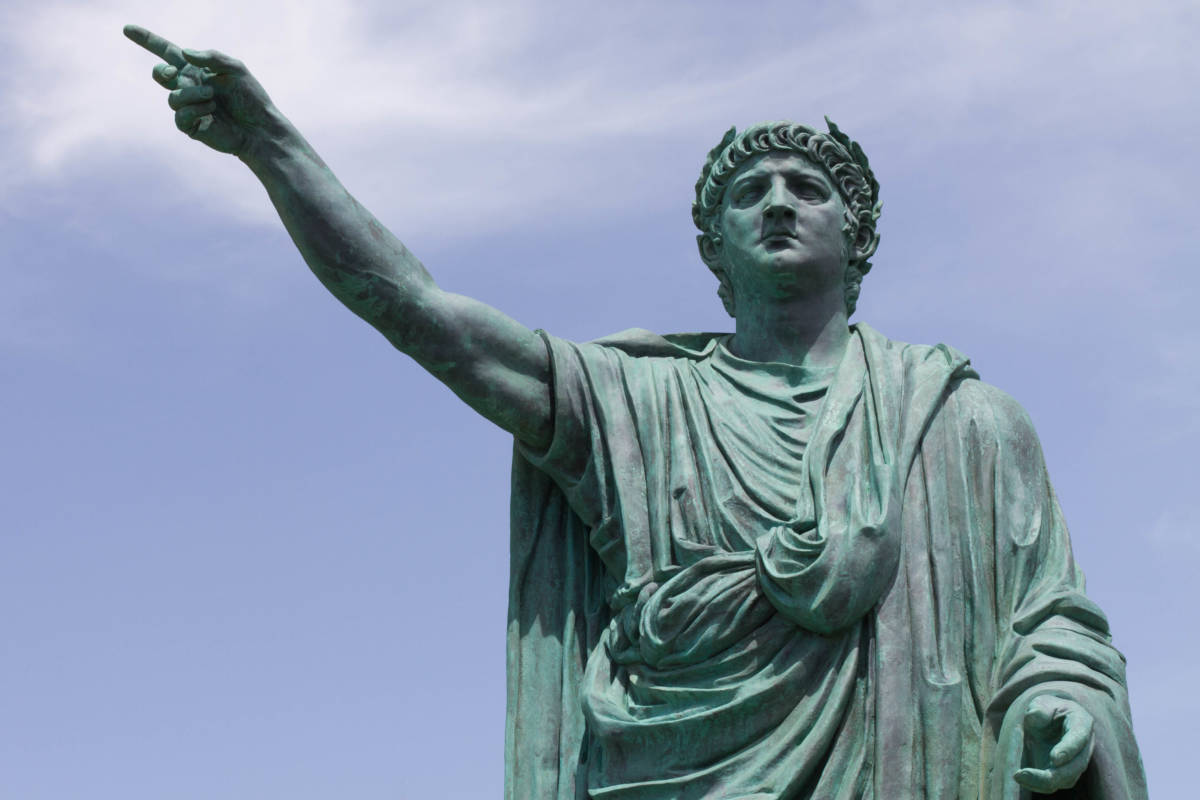 Of the villas, the most famous was the imperial villa, known as the Villa of Nero, which was used by each Emperor in turn, up to the Severans and which extended some 800 metres (2,600 ft) along the seafront of the Capo d’Anzio. Augustus received a delegation from Rome there to acclaim him Pater patriae (“Father of his Country”). The Julian and Claudian emperors frequently visited it; both Emperor Caligula and Nero were born in Antium. Nero razed the villa on the site to rebuild it on a more massive and imperial scale including a theatre. Nero also founded a colony of veterans and built a new harbour, the projecting moles of which still exist. 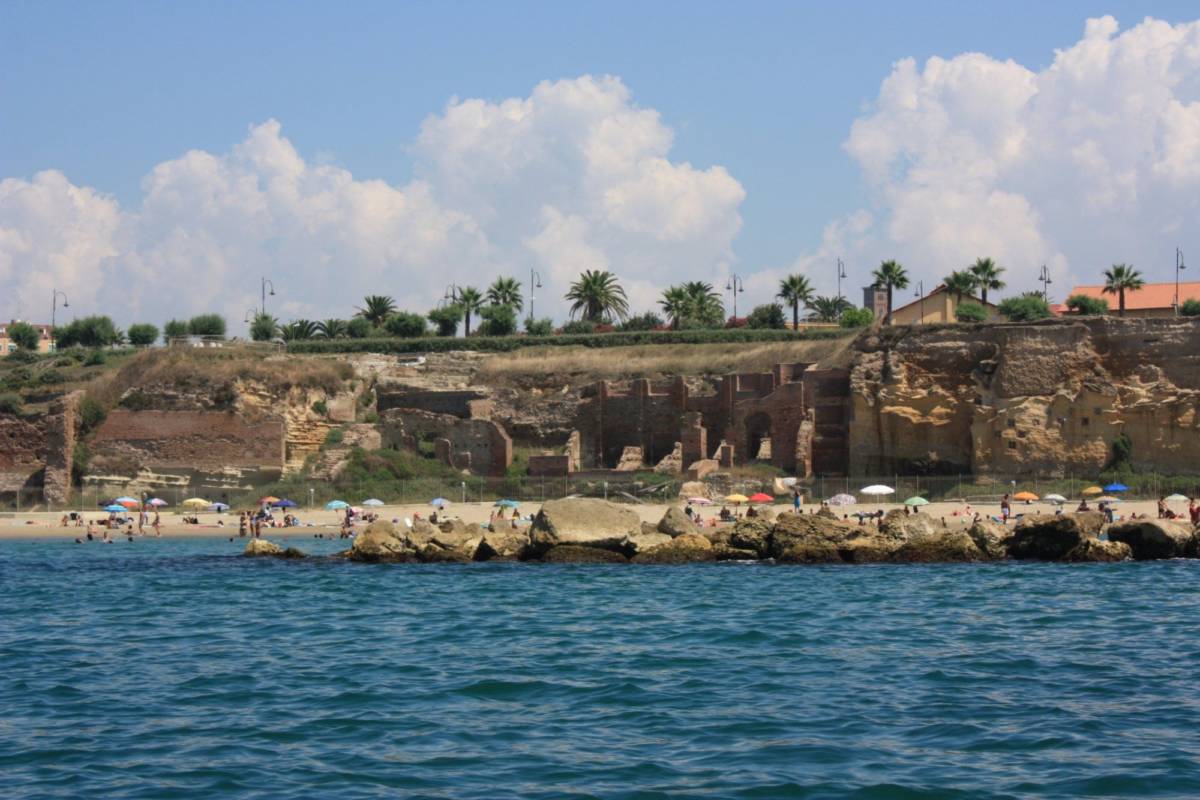 A few days later we went to Ponza – an island located in about 180 km in the Tyrrhenian Sea and it was surprising for me that the island was not tagged on the maps! There are two ways to get there – by ferry or by meteor hydrofoil. The island has its own police and post office, a big port and few supermarkets. Many of the people are living between Ponza and the mainland.  Also many arrive just for the summer season. Actually it is a pretty little colored village where you get the impression that the time does not exist. 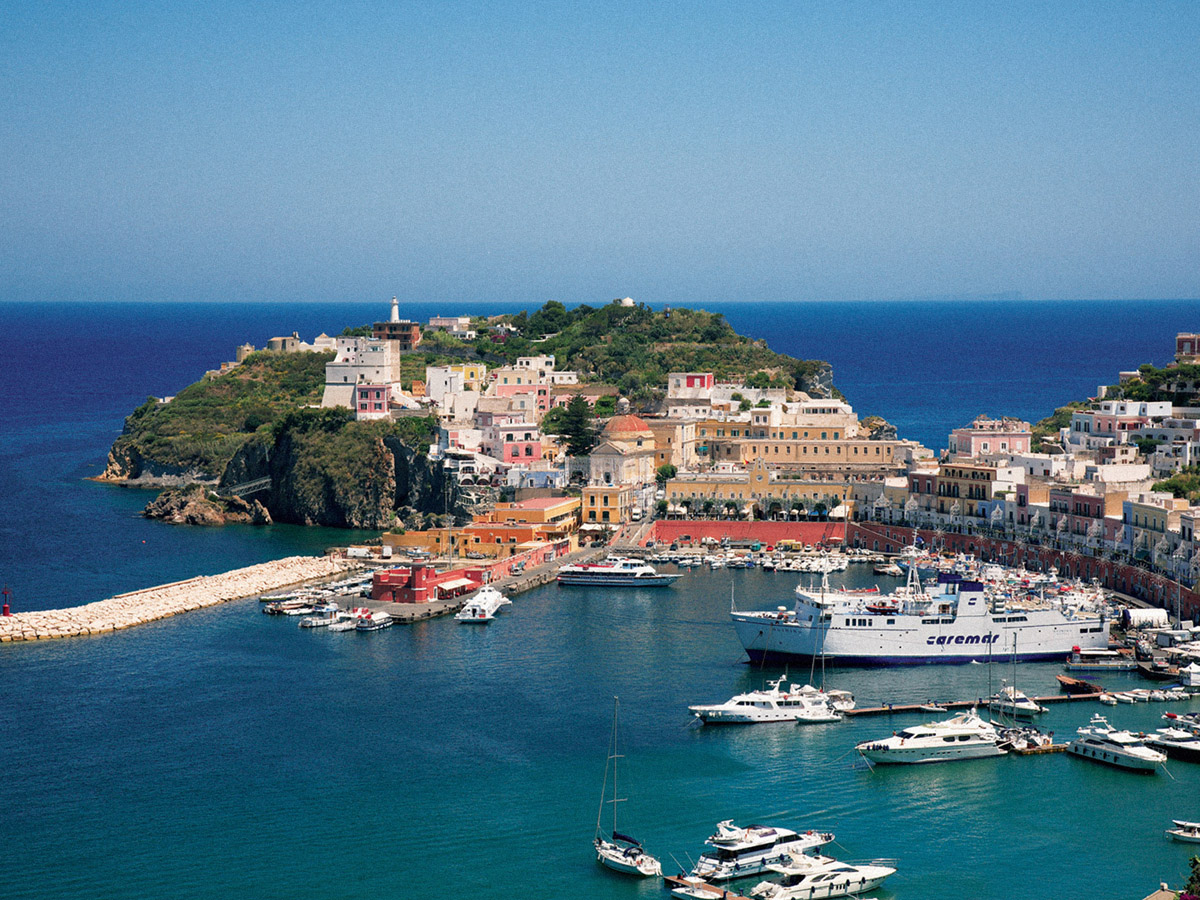 The most widespread occupation of the island is tourism, hotels and the hospitality sector. It is also a paradise for seafood lovers! At each step you can find many tiny restaurants which propose cocktails and seafood specialties. I was surprised also to learn that the island has three Michelin stars restaurants!

We stopped for a long late lunch at the terrace of a lovely restaurant full with colorful flowers. I had the tenderer grilled octopus, spaghetti with clams and aromatic cold white wine. Could I desire more?! It was a pure pleasure for the palate. The terrain of the island it’s pretty much undulating relief so many of the houses are located in the hills up above the main street of Ponza.

The main street of the island is the place where all commercials are, such as small perfume shops, sea-shell jewelries, thick down-filled textiles and embroidery boutiques. Plus of course many shops for air mattresses and other inflatable toys for the kids. 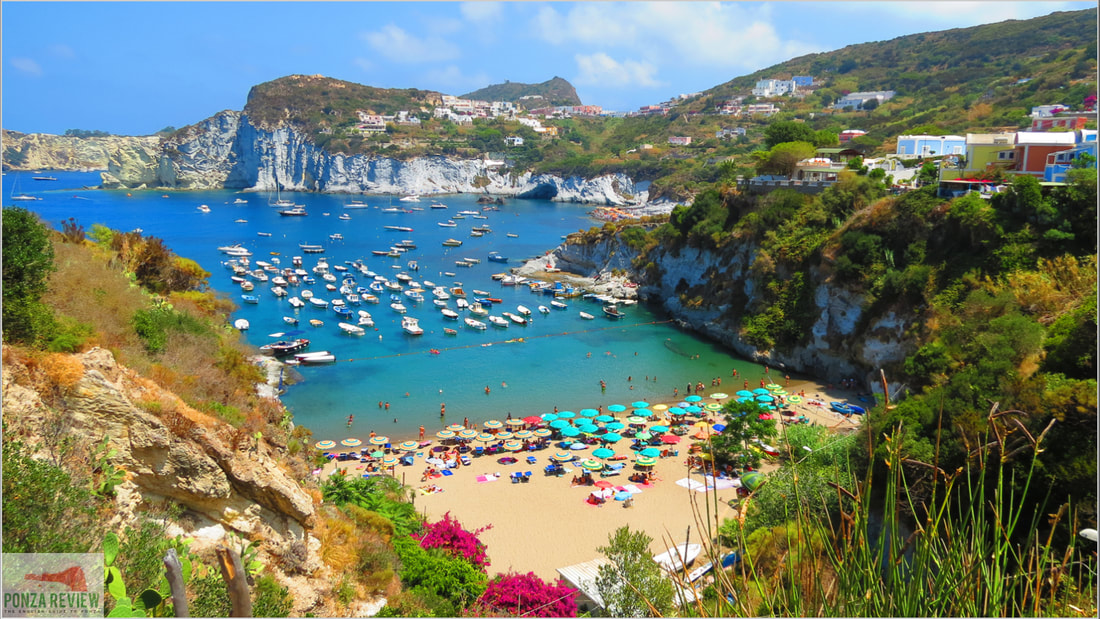 Besides the local restaurants, the other treasures of the island are the beaches. Few of them are located outside of the island so there’s a bus boats which are going back and forth at each 10 minutes.

The one that I visited it’s called Spiaggia di Frontone. The beach represents a half-round bay surrounded by high rocks. Underneath of the hills there’s Frontone beach with a huge terrace bar which proposes cocktails, lunch and dinner. The same day there was a DJ set so it was pretty pleasant to listen to the good music while suntanning or swimming. Of course, the water was clear blue and even deep in the sea I could see my toes. Near the beach, there were many yachts moored in the sea. Sadly, soon we had to take the road back to Anzio, from where the meteor headed. On my way back, I took the most romantic and impressive picture of the sunset – a lonely sailboat with the sunset of the background. 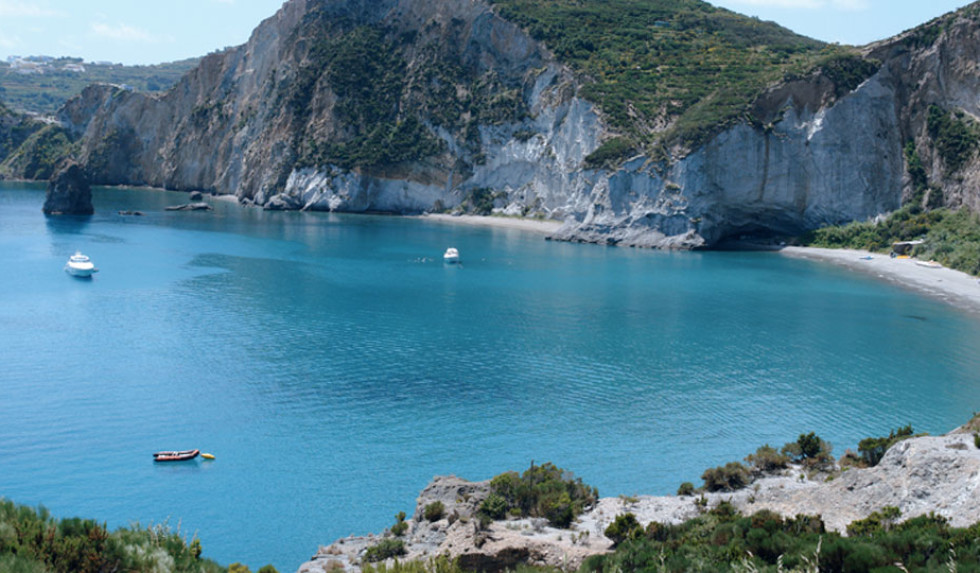 Italy has many little places to enjoy by the sea, but Ponza is one of my favorites and I would be happy to go back there!

I met Jin Kuramoto two years ago at Stockholm Design Week. We met at a party and talked, and I